One of the most revolutionary of developments generated by the internet is the opportunities it has given to millions of women around the world to create businesses that pay them a valuable wage, helping them to contribute more effectively to bringing up their families and to positive changes in society as a whole.

Exploitation in the workplace

In generations gone by, the workplace was dictated by the community in which you lived. Outmoded working practices, particularly in more rural locations, often meant that women were overlooked, or kept back. In developing countries during the sixties and seventies, women and girls were often drafted in to work in factories producing luxury western goods, causing cultural conflicts and opportunities for exploitation by what were more patriarchal systems. They tended to be placed in the lowest paid, unskilled positions.

In this pre-internet age the options for women and girls to escape this cycle of poverty and exploitation were severely limited. Education was still limited and focused primarily on the boys. Sending young girls to work in factories was driven by the need for money by families who often had no other way of bringing money into the household.

A century of challenging inequality

Women living in more affluent western countries have had their own battles in establishing an equitable position in the workplace. At the beginning of the 20th century, the restraints on women in society were so severe it is difficult to comprehend for the current generation. Women weren’t allowed to drink unescorted in pubs, own property, even have a bank account.

Both the first and second world wars put paid to the doubts about women’s abilities to carry out work that was previously seen as purely male domains, but it wasn’t until 1968, when 187 female workers walked out of the Ford car factory in Dagenham in protest about earning 15 per cent less than their male counterpartsthat the inequality was finally recognised, and the Equal Pay Act was made law in 1970.

Today companies demonstrate their commitment to their workforce by carrying out an equal pay audit on a regular basis to highlight gaps in their pay structure and amend salary structures accordingly.

Further afield across the globe, the changes are much slower, and the fight more intense when dealing with cultures that are fundamentally misogynistic. However, the advent of the internet and digital and social media has accelerated change for the emerging generation who are finding their voice on a global scale.

A key area is to increase and improve the access that young girls have to education. This in turn leads to a more driven desire to seek opportunities beyond the usual boundaries of a community.

Social media is also key in building a different kind of community – a globally based community that communicates through the internet, sharing stories of hope and opportunities in empowering girls and young women to be more than they could possibly have hoped for half a century ago.

Today, tens of thousands of women are now running their own small global business. The virtual world has created a real thirst for women (and men) who can perform vital administrative, research and data driven work previously done by companies in house. Job platforms such a Fiverr and Upwork are a goldmine for women who can earn significantly more than they would in a factory job, but still offer better service and value than their Western counterparts.

And working in this global community means that women are also learning the skills and entrepreneurial mindset required to ensure they continue to drive their passions forward and change the working environment of the coming generation. How to Build a Successful Digital Commerce Platform? 6 min read

How to Build a Successful Digital Commerce Platform? 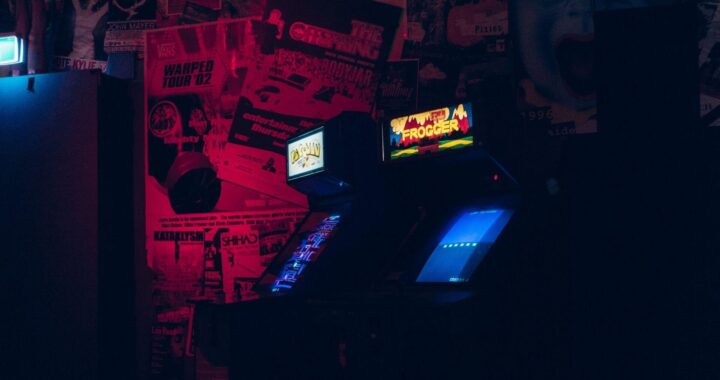 Why Gamification is Crucial in the Entertainment Industry 5 min read

Why Gamification is Crucial in the Entertainment Industry Why Do Companies Use Consulting Firms for Project Management Software Development? 6 min read

Why Do Companies Use Consulting Firms for Project Management Software Development? How to Establish Your Business Instagram Aesthetic 3 min read The Top 5 Best Practices Every Online Business Should Have