The number of cybersecurity threats in Singapore has increased exponentially over the past few years. With its massive and rapidly growing population, the city-state is a popular target for hackers and criminals looking to make money off personal data and information stolen from major organizations.

There was a time when cybersecurity threats were mostly confined to business data breaches. Nowadays, however, the increasing number of connected devices has made it easier for hackers to find their way into even personal or home networks, giving them access to everything from smartphones and laptops to smart TVs and baby monitors.

The Cyber Security Agency of Singapore said that there were a total of 15,947 cybersecurity threats in 2017, an increase of 22% from 2016. A majority of these incidents had to do with phishing and identity theft. The agency made it clear that the increasing number is not due to an increase in actual criminal activity but rather due to more reporting by organizations and individuals who may have been targeted without knowing it.

Singapore is no stranger to large-scale cybersecurity threats, with the SingHealth data breach in July of 2018 catching international attention – and not for good reasons. In a blog post published by an administrator at the Ministry of Health, it was revealed that “a deliberate, targeted and well-planned cyberattack” was conducted against the database of SingHealth. The attack, which happened in June 2018, saw 1.5 million patient records breached, including Singapore Prime Minister Lee Hsien Loong’s personal information.

This incident led to Singapore taking a stricter approach towards cybersecurity threats and attacks by introducing heavy punishments for cybercrimes and developing a national framework that will govern the use of the technology. 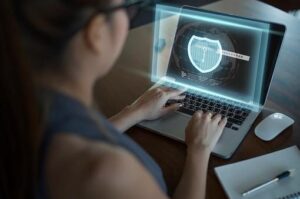 Hackers and cybercriminals may be on the rise, but so is the number of cybersecurity threats in Singapore. Despite high-profile events such as SingHealth or the Singtel hack, organizations and individuals remain vigilant for any suspicious behavior on their networks. With new laws and stricter punishment for cybercrimes, it will only get harder for hackers to find a way into the country’s cybersecurity initiatives which have been growing by the day.

Singapore, a city-state known for its orderliness and low crime rates, has been hit by an increase in cybersecurity threats over the past few years, with SingHealth even suffering from one of the largest data breaches in history. This has led to stricter laws and punishments, the likes of which are unprecedented in Singapore. With these new security measures, there will likely be a decrease in cybersecurity threats locally and internationally.

With stricter laws for cybercrimes, an increase in cybersecurity threats is likely to see a decrease this year. The increase was not due to an increased number of actual criminal activity but rather more reporting by organizations and individuals who had been targeted without knowing it. With new laws and stricter punishment for cybercrimes, it will only get harder for hackers to find a way into the country’s cybersecurity initiatives which have been growing by the day.