As soon as the TV show My Brilliant Friend premiered in 2018, it bedazzled its audience with a refreshing story from an era far over. Suddenly, fans were talking about this captivating series with some nostalgia, intrigued by Elena’s depth and perplexity. This quiet character gave everyone a beautiful glimpse into the fascinating inner life of a gentle Italian woman.

Why My Brilliant Friend Is Worth Your Time

The show is based on the tale told in the four great books of an author that goes by the pseudonym of Elena Ferrante. All the imagery and emotion encapsulating the author’s fictional story give the four-season series a vividness that’s too unique to ignore. Each episode gently bonds the audience with the characters through the intimate narratives and worldview of Elena Greco.

A Quiet Girl and a Devilish Woman

In this show, everything revolves around Elena Greco, a girl born in Naples in the 1950s. The character leaves a strong first impression on both the audience and the fictional characters from the series. She’s withdrawn in a way that’s rather depressing and dull, but also interesting. Still, no one seems to mind her irritating dullness. Instead, Elena’s friends are overwhelmed by the devilish ways of Lila, her best friend.

Close since childhood, Lenu and Lila begin their friendship through jealousy, and their subtle rivalry extends into adulthood. Facing the fact that she no longer is the smartest in her class, Elena fears and admires Lila simultaneously. Lila, on the other hand, is fierce and intelligent but can’t escape Naple’s doom and her inner demons. Their peculiar but contradicting personalities frame their deep relationship within envy, mixed signals, and love.

The Power of Inevitable Obsessions

As grown-ups, Elena’s and Lila’s destinies – or life choices – take them in different directions. However, the two remain close, with their bond being shattered by passive aggression. While Elena continues her education, Lila succumbs to her father’s outlook on life and becomes a worker in their family shoe store. But Lenu (Elena) never stops thinking about Lila – in fact, it seems as if she almost lives to outdo her.

This painful dynamic fuels Lenu’s ambitions, with Lila always being her inspiration. When she finds out that Lila has secretly continued studying, she swears that she’ll study harder. Years later, she publishes a book only to realize that she’d based it on Lila’s childhood short story. Whether Lenu is stagnating or personally growing is a complex question to answer. Lila, on the other hand, is a flower growing through concrete.

Falling in Love the Italian Way

Once romance enters the lives of the two friends, it becomes clear that love won’t save them from themselves. Their lifelong rivalry culminates when Lila ends up dating Nino, Lenu’s only love. A few years later, unhappily married, Elena starts an affair with Nino. Although it seems like Elena has once again decided to bring herself closer to freedom, one can’t help but wonder if she’s ever truly free.

Life in Naples in the ’50s and Later

My Brilliant Friend lets everyone enjoy an intimate tale about Elena’s psychological reflections and Naple’s political environment in the ’50s and later. As the characters grow older, they live through times of gender inequality and end up having families during the era of second-wave feminism. The show also tackles topics like communism, fascism, and class differences, portraying its characters as people who will either help social progress or sabotage it.

When Is Season 4 Going to Be Released?

Although Ferrante’s books are beautiful, fans of the show are waiting for its final season. Despite COVID-related delays, season four of My Brilliant friend is expected to be released around February 2023. What’s exciting about this renewal is the new cast. While you might be used to a younger Lenu, there’s something lovely about seeing her older self and seeing how things have changed for her.

Don’t Let Geo-Restrictions Stop You From Enjoying This Fantastic Show!

Good TV shows can teach us about different things. If you feel like you’d like My Brilliant Friend but can’t watch it in your country, you can get a residential proxy and access any streaming platform without geo-restrictions. For additional information about proxy servers, read more on IProyal. 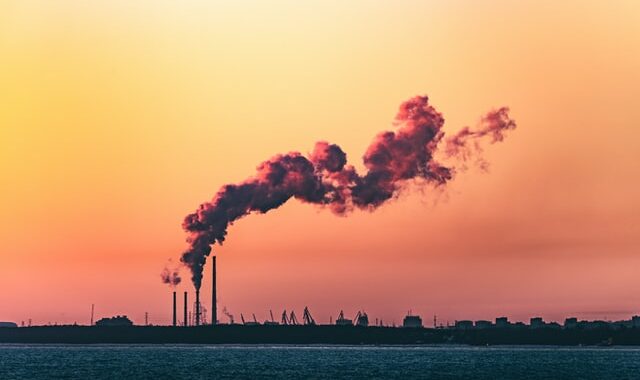 Decarbonized Economy: A Need of the Environment 3 min read

Decarbonized Economy: A Need of the Environment